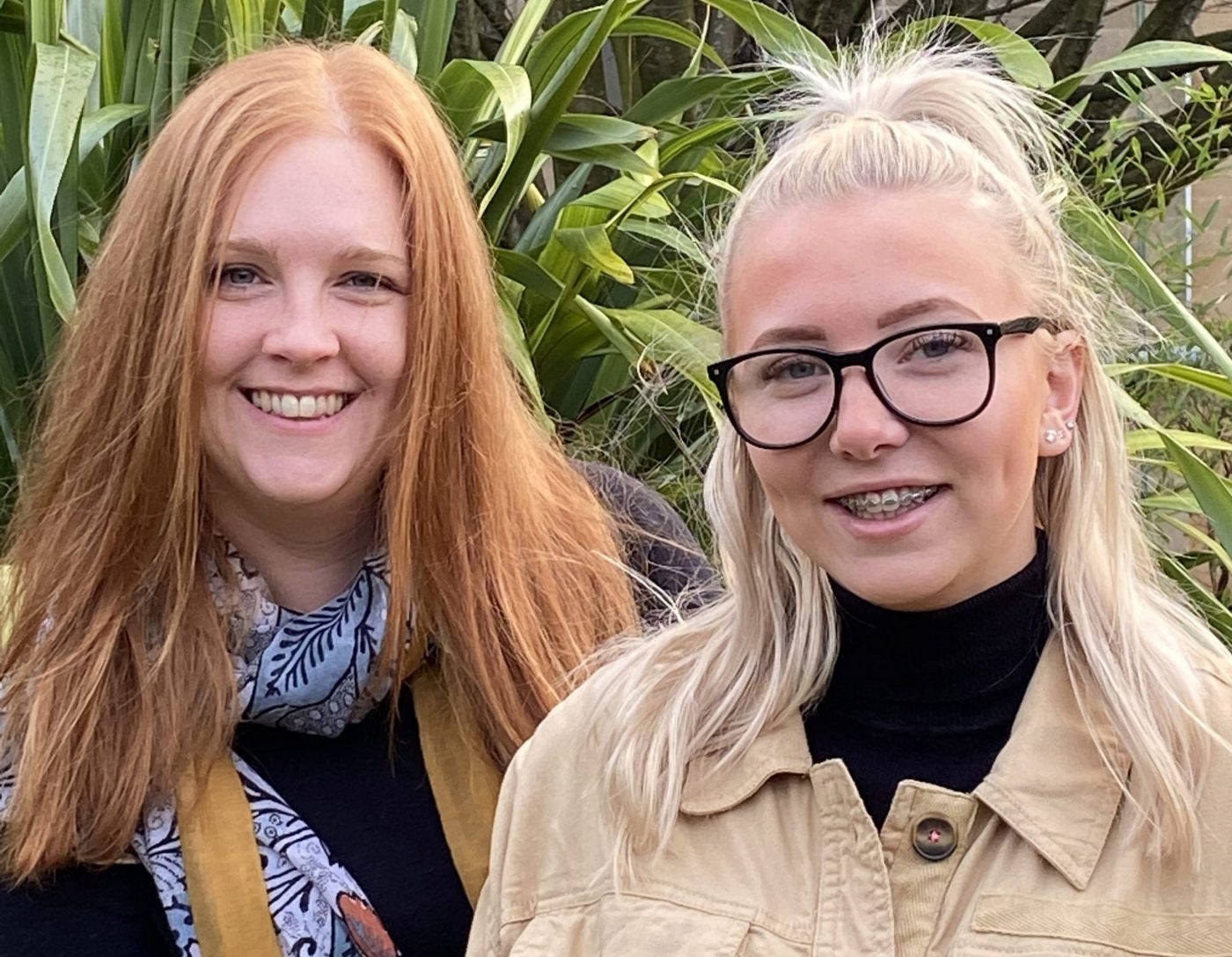 Are you thinking of completing a Business Apprenticeship?

We spoke to Haddon Training apprentice Charlotte Harmer, and her Manager Samantha Short, to find out more.

Charlotte, who is based at the Royal United Hospitals Bath NHS Foundation Trust, achieved a Level 2 Customer Service Practitioner Apprenticeship in 2019, and has now progressed on to a Level 3 in Business Administration.

Charlotte is overseen by Samantha, Quality Improvement Project Support Officer at the hospital.

“I started managing Charlotte in May last year, we have a good working relationship so it was a natural fit” explains Samantha.

“Having an apprentice is great for the office and Charlotte is an asset to the team.”

Samantha and Charlotte work in an office of 25,

“Charlotte is known by everyone and has earned a lot of respect. She is an integral member of the team” adds Samantha.

When asked what attracted her to the apprenticeship route Charlotte said, “I didn’t really want to stay on at school. I wanted to learn on the job, rather than using text books at school and obviously I get paid as well.

“Since doing my apprenticeship I’ve definitely matured. It was quite daunting when I first started, but I feel that I have more stability and security from a work environment, rather than the school environment which didn’t really suit me.”

Charlotte is the youngest member of the office team,

“When Charlotte started with us two years ago, I think she initially struggled in terms of conversational topics, having gone from playground conversation to an office environment, but she has definitely matured and grown into the role” added Samantha.

Charlotte agreed saying, “Doing my apprenticeship has given me much more confidence both personally and professionally.”

On completing her apprenticeship, and her current contract with the NHS department she works in, what does the future hold for Charlotte?

“I’m not sure yet. I don’t see myself doing anything other than healthcare and I’m interested in exploring the nursing route – something which I would have never considered before working here. I now have so many opportunities which I never would have had before my apprenticeship.”

“Charlotte has a great set of skills to build on and she will be missed, not just by our office, but by the other departments she has been working with. She really will be missed but I wish her well in her future, whatever she decides to do” concludes Samantha.

Thank you to Charlotte and Samantha for sharing their experiences.

If you’d like to find out more about becoming a Haddon Training learner then please give us a call on 01672 519977 or send us an email to enquiries@haddontraining.co.uk.